The primary structural component of the eukaryotic chromosome is the nucleosome, a DNA-protein complex composed of four different core histone proteins (two copies each) wrapped by 147 bp of DNA.  Each of these histones can be modified to create nucleosomes with unique characteristics, including the ability to promote or discourage gene expression.  Therefore, a “histone code” exists that imposes regulation on the genetic code found in our DNA sequences. Our experiments on chromosome structure take advantage of the advanced molecular genetics of budding yeast, a single-celled eukaryote.   A powerful combination of classical genetics, molecular biology, and biochemistry can be applied to address the biology of yeast, and these findings are generally applicable to all eukaryotes.

Yeast uses a mechanism known as gene silencing to regulate expression of genes that dictate the developmental program of the cell. Silencing is achieved by formation of the yeast equivalent of heterochromatin, a repressive chromatin structure.  Once established, this gene repression is epigenetically inherited; the expression state becomes a permanent, heritable property of the gene. We have had a long running interest in determining the mechanism of epigenetic inheritance. As part of this effort we have focused on the function of the Sir2 silencing factor. Yeast Sir2 is the founding member of a large family of “sirtuin” proteins found in virtually all species, including humans. Eukaryotic sirtuins often function as protein deacetylases, and have been shown to regulate lifespan in many species. We discovered that GAPDH, a glycolysis enzyme, interacts with yeast Sir2 and affects transcriptional silencing, providing a link between basic metabolism and gene repression.  We are determining the mechanism of this regulation and exploring the general effects of metabolism on the efficiency of silencing in yeast.

In addition to the four core histones, a fifth “linker” histone, H1, exists in almost all eukaryotes. The specific contributions of histone H1 to chromosome structure and function are much less well characterized than the core histones. Stemming from an initial observation that H1 appears to be an antagonist of gene silencing in yeast, we have initiated several projects to define H1’s roles. To examine how H1 interacts with the nucleosome we have eliminated the gene for histone H1 in a set of four hundred yeast strains, each with a unique mutation in either the histone H3 or H4 genes. This effort yielded evidence for a variety of H1 functions that we continue to characterize. We have also uncovered an interesting interaction between histone H1 and the variant histone H2A.Z. H2A.Z is present in approximately 10% of nucleosomes in yeast, and has specific roles in promoting inducible gene expression. Recent experiments conduced in our lab suggest that H1 plays a role in targeting H2A.Z to the chromosome. 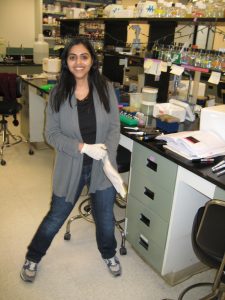 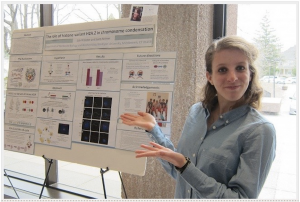 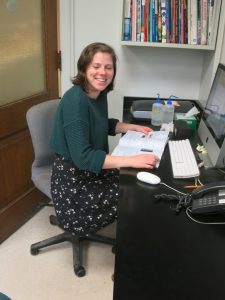